If you’re dreaming of homeownership, this is for you!
Learn More

Introducing Forêt by canderelres and kingsettcapital, a singular architectural achievement that embodies the essence of Forest Hill. Rising as a monument of architecture by bdpquadrangle and interior design by iibyiv design, it’s glamour and grace enriches the fabric of a coveted neighbourhood. It’s prime location at Bathurst and St. Clair is directly on the subway and streetcar line connecting you everywhere.

A Monument Of Architecture & Interior Design 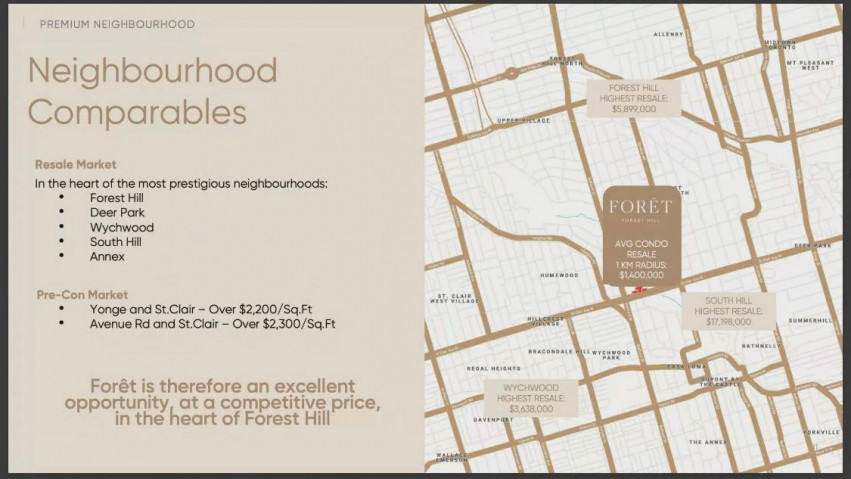 Brought to you by:

Schedule a Call
We use cookies to enhance your browsing experience and deliver our services. By continuing to visit this site, you agree to our use of cookies. More info